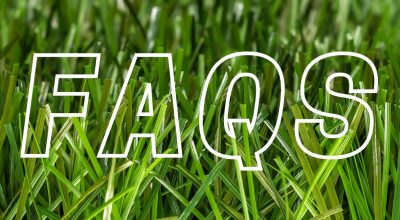 There are two main functions in synthetic turf backing. The first is simply to provide a medium through which the synthetic grass fibres are tufted.…

A synthetic turf pitch is a major investment and it makes sense to ensure that it is looked after correctly, to ensure best performance and…

When a pitch is tested to the relevant governing body standards, there are at least 4 key criteria it should meet. From bottom upwards: the…

For many people, when the search for the correct artificial turf and system begins, there are a lot of questions about what to look for and how to choose between the vast options that are available. So here we have decided to give you some answers to some frequently asked questions, to help you in your quest to find the best artificial turf for your pitch.

What is a synthetic turf system?

Artificial grass, on its own, will not meet any sport’s requirements. As part of a system, the relevant standard of play can be achieved.

Normally there are three or four different components in a synthetic turf football system. These comprise of the artificial turf, the base sand infill and the performance infill, such as SBR or a natural material, which are brushed evenly into the turf, with at least 15mm of free pile at the top. If the fibre height in the turf is long enough, then the performance infill may be enough to ensure the system meets the targeted performance level. However, with shorter fibre heights the performance infill is much less so a shock pad is laid beneath the turf. This generally produces a better, long term performance.

For rugby, the synthetic turf system has both a long fibre, with plenty of infill, and a shock pad to meet the added safety required in rugby. This system will also meet football’s requirements.

Are systems for hockey different?

Yes, as either no infill is required, or a sand dressing. The hockey turf is normally much shorter in fibre length and is also curly. For FIH Global fields, the dense turf is laid directly onto a performance pad, and requires watering to provide the right play characteristics.

For FIH National standard, the same type of fibre is used, but is slightly more open and longer in length. This allows a sand dressing to be applied, normally up to 50% of the fibre length. This type of hockey system is also laid onto a shock pad.

Is there a system that meets the test requirements of all 3 major field sports?

There is often a compromise when more than one sport is played on the same system, normally between football and hockey. Until recently, rugby could only be played on surfaces with a 60mm pile height, which was generally considered too long for hockey. In 2020, this changed with World Rugby allowing rugby to be played on a 50mm pile height surface.

The same safety standards for rugby are still required, but the shorter pile allows hockey to be played to Multi-Sport 3 standard, and football to FIFA Quality Pro. Within the turf the base sand layer adds stability and the SBR helps achieve the performance. The choice of shock pad now is also essential, as not all types can comfortably meet the needs of three sports.

For more information please get in touch here.